Archive for the tag “Stiv Bators”

It’s not just me, right? Martha was the best VJ ever. UPDATE: Further evidence that Martha rules: she left a comment! Yay!

Posted in Culture, music, Television and tagged 1980s, Dead Boys, Lords of the New Church, Martha Quinn, MTV, Raise your hand if MTV gave you a reason to live back in the early 80s, Stiv Bators

More graves of the (mostly) young and tragic

After it occurred to me that most of the people in my favorite videos from The Guardian’s list (see earlier post) died young and tragically, I found pics of all their graves. I already posted Billie Holiday’s (go back two posts).

Here are the rest – with the exception of Sid Vicious‘s grave because he was cremated and scattered in undisclosed places. In his stead, I included Stiv Bators’ grave. Bators, lead singer of both the Dead Boys and Lords of the New Church, died in his sleep after being hit by a car while he was walking around drunk. 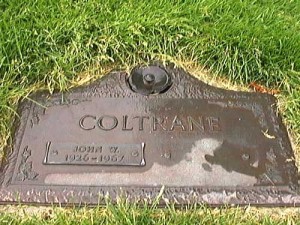