Archive for the tag “Metallica”

Lars Ulrich has things to say

Metallica drummer Lars Ulrich has plenty to say to fans upset over the production on his band’s new album Death Magnetic.

“Listen,” Ulrich told Blender magazine's blog, “there’s nothing up with the audio quality. It’s 2008, and that’s how we make records.” He goes on:

“Somebody told me about [people complaining that the Guitar Hero version of Death Magnetic sounds better]. Listen, what are you going to do? A lot of people say [the CD] sounds great, and a few people say it doesn’t, and that’s OK. You gotta remember, when we put out ...And Justice for All, people were going, ‘What happened to these guys, this record? There’s no bass on it. It sounds like it was recorded in a fuckin’ garage on an eight-track.’ And now ...And Justice for All is sort of the seminal Metallica record that supposedly influenced a whole generation of death-metal bands. The difference between back then and now is the Internet.”

Of course, Lars being Lars, he goes on and on and on. I have a soft spot for Lars because back in ’04, he and I had a very pleasant chat about his beloved modern art collection and a lot of other esoterica that he and I both found interesting.

Lars is a perfect example of an intellectual, aesthetic metal head – and over the years I’ve met many though none more famous than Lars. To them, I raise my hands up in a devil horn salute.

Oh, I get it. The cover of Metallica’s new album Death Magnetic is both a coffin and a women’s vagina.

So, it’s like, “Women kill you.” Or something. Women lead to death? Or vaginas do. Huh?

Takashi and Kanye: a list of artist and musican collaborations

I just found out that famed Japanese visual artist Takashi Murakami has created animation for his first music video. Naturally it’s for a song (“Good Morning”) by Kanye West. Murakami has already designed album art for Kanye and the two are developing a clothing line together.

This isn’t the first time a visual artist and a musician have worked together.

Indie rock superstars Sonic Youth famously dedicated cover space on each of their album covers to a burgeoning artist, dating back to 1986’s Evol, which featured a still from a film by New York artist Richard Kern.

Blur used work by British artist Banksy for its Think Tank album. Metallica used work by controversial artist Andres Serrano for cover art on Load and ReLoad. (Serrano is the man who earned infamy over a piece depicting a crucifix floating in urine called Piss Christ). 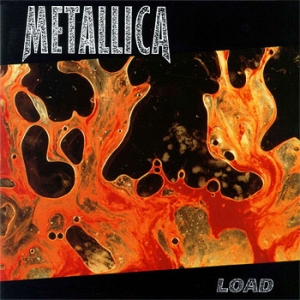 Did you know famed photographer Helmut Newton shot the classic cover of The Scorpions’ Love at First Sting? 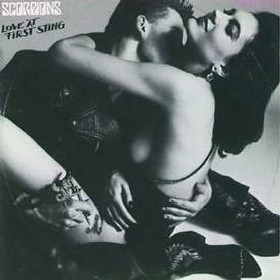 Robert Mapplethorpe took the iconic shot of Patti Smith for the cover of her debut album Horses. 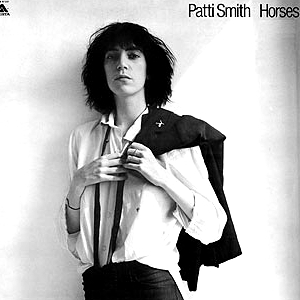 How weird is this? Classic American painter Norman Rockwell was the artist behind the cover art for The Live Adventures of Mike Bloomfield and Al Kooper.

Pin-up artist Alberto Vargas came out of semi-retirement to create the cover art for The Cars’ Candy-O album. 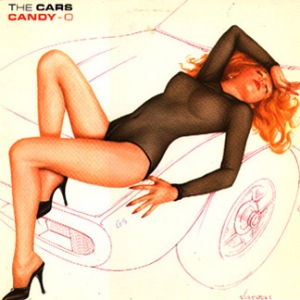 How’s this for cool? I actually own art by this artist: Kathie Olivas painted the cover for Girl In A Coma‘s Both Before I’m Gone.

Isn’t this fun? Help me think of more.

I get a kick out of this picture so you might, too. It’s a shot taken by paparazzi recently of Metallica’s James Hetfield holding an Armani bag while out shopping in Norway with his family and at least one other Metallica dude. Those guys are so metal.

See current bassist Robert Trujillo behind James and the Mrs.?