Zooey and Ben, sitting in a tree… 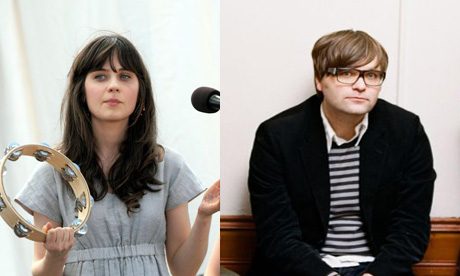 Well, they have been for over a year and they recently announce their engagement, so congrats, Zooey and Ben!

If you’ve seen recent pics of Mr. Gibbard, he’s now one of those rail-thin manorexic indie rock boys and it’s a big subject on all the music blogs. Isn’t it interesting that our culture is now as obsessed with boys’ weights as it’s always been with girls’ weights? Yikes. This is not progress, friends.

3 thoughts on “Zooey and Ben, sitting in a tree…”