I’ve mentioned Florida’s Robert Phelps on this site before when I wrote about his vibrant paintings of rock stars including Mick Jagger, David Bowie and Iggy Pop. Since then, I learned about a whole other service Bobby provides to the world: pet portraits.

Yes! And you should have seen my face when I found out one of my favorite painters of all time would, for a modest fee, paint portraits of my cat and dog! (The biggest rock stars in the world, in my book.) Not that we’ve gotten to my cat and dog yet. I keep commissioning Bobby to do paintings of my friends’ pets because, seriously, these portraits make the best gifts ever. I’ve had Bobby do three so far. Check them out:

Here’s the dynamic duo of Lulu and Delilah (click to enlarge): 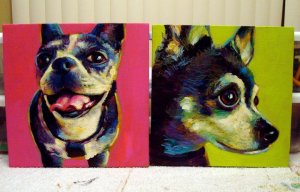 These were two separate portraits I got for some pals in Washington DC shortly after little Delilah went to heaven.

And here’s one I had Bobby do just this past Christmas of my friend’s sweet Lola:

Don’t you love the background?

Interested in commissioning a portrait? Or just want to look at more of Bobby’s work? Here’s his site. And here’s the section devoted to his pet portraits. Tell him I sent you.

I don’t know why I’ve never seen this footage of Queen performing the theme to 1980’s Flash Gordon. God knows I adore that movie more than any adult person should ever admit to.

When I got older I learned who the great Swedish actor Max Von Sydow was and finally understood why my father thought it was such a riot he played Ming The Merciless in the flick. Which begs the question: Do you think Ingmar Bergman ever watched Flash Gordon?

Fun fact: a friend of mine on Facebook just this second informed me that it’s not Flash Gordon star Sam Jones‘s real voice we hear in the movie. Jones and producer Dino DeLaurentis (grandfather to Food Network star Giada DeLaurentis) had a falling out over money. When Jones would not come to the studio to redo his lines, an unnamed actor did it for him.

This is our first memorial Stars With Shopping Carts feature, so bear with us if we’re four days late.

It’s been two years since we lost the King of Pop. We here at GVsGH would like to honor him now, in the best way we know how. Friends, here he is, the one and only Michael Jackson shopping in a Publix supermarket in Florida circa 2003.

Now Michael is moonwalking his cart down the gleaming aisles of the great supermarket in the sky. See you at the check-out counter, kid.

So today’s Stars With Shopping Carts has to be a doozie, right? Oh, and it is! The theme: couples counseling. These folks either need it, are inevitably going to need it, or, they’ve missed the boat altogether. Ready? 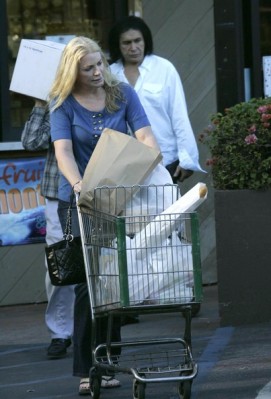 Ladies and gentlemen, Brad and Angie with two of their 16 children:

What could be said bout Anne Heche that she hasn’t already said herself to Barbara Walters? Here is Celestia with James Tupper, her Men In Trees co-star and beau. (Just to get you all up-to-speed: Heche left comedian Ellen DeGeneres to marry and have a baby with camera man Coley Lafoon — who was working for DeGeneres — then left Lafoon to be with Tupper.):

Nutty David Arquette is still technically married to Courteney Cox(-Arquette), but she, understandably, needs a break from his crazy ass. The two are currently separated. So here’s Deputy Dewey shopping solo with little Coco.

Lastly, Xtina. That’s right, the “Dirrty” girl herself Christina Aguilera threw in the towel last year on her five-year marriage to Jordan Bratman. We never could figure out a celebrity couple name for these two: AguilBrat? Bratlera? X-Jor? No matter now.

Which celebrity couple is the most doomed? Vote in the comments!

Need your fix of Stars With Shopping Carts? Find the entire series here.

If Woody had gone right to the police, this would never have happened. 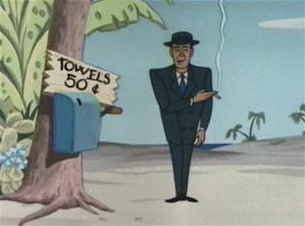 10 Actors Who Have Played Literary Types

It’s not the only recent film depicting the oft-wild lives of famous writers. John Cusack stars as goth author Edgar Allan Poe in 2012’s tentatively titled murder mystery The Raven – and if the candid on-set photos of the costumed Cusack splashed across the internet are any indication, anticipation for the flick is high. 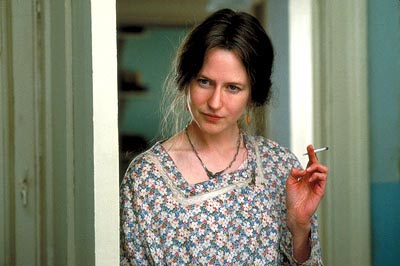 1. Nicole Kidman famously donned a prosthetic nose as the finishing touch on her Oscar-winning portrayal of British author and feminist icon Virginia Woolf in 2002’s The Hours. Spoiler: it doesn’t end well.

2. Gwyneth Paltrow starred as doomed American poet Sylvia Plath in 2003’s Sylvia, which focuses on both Plath’s stormy relationship with husband and fellow poet Ted Hughes (a pre-Bond Daniel Craig) and her increasing mental anguish. Spoiler: not a very happy ending here either.

3. It took not one but two Academy Award winners to portray massively prolific British author Iris Murdoch in 2001’s Iris, based on a memoir by Murdoch’s husband, John Bayley. Kate Winslet starred as the younger Murdoch, while Dame Judi Dench handled the author’s later years, including a heartbreaking descent into Alzheimer’s. Spoiler: You get the picture.

5. Steven Soderbergh made the bizarre decision to follow up on his winning 1989 debut Sex, Lies and Videotape by directing a mess of a 1991 thriller featuring Jeremy Irons as Czech writer Franz Kafka. Set in the dreary Prague of 1919, Kafka finds a fictional version of the “Metamorphosis” author embroiled in a conspiracy, outrunning villainous strangers, and other decidedly, uh, Kafka-esque goings-on.

8. Geoffrey Rush played the kinky Marquis de Sade in 2000’s insane asylum drama Quills, co-starring Kate Winslet. A French aristocrat, the Marquis made a career of exploring the darker aspects of human sexuality, was routinely incarcerated for his work, and left behind a literary legacy that inspired generations of fetish magazine editors everywhere.

A lot of people have Boba Fett tattoos

A few nights ago I was walking in Dupont Circle and I passed some guy with a nifty Boba Fett tattoo on his leg. I was impressed by his choosing a minor Star Wars character to immortalize on his skin.

Until I Googled the words “Boba Fett” and “tattoo.” Damn, there are a lot of you out there with the intergalactic bounty hunter inked on some part of your person.

Here is a gallery of pictures from the web – and I’ve done my best to credit the source where I found the pics but let me know in the comments if the picture/tattoo belongs to you.

Here’s a Tattoo By Zip:

Another – this one actually is Jango Fett, Boba’s dad – from here: 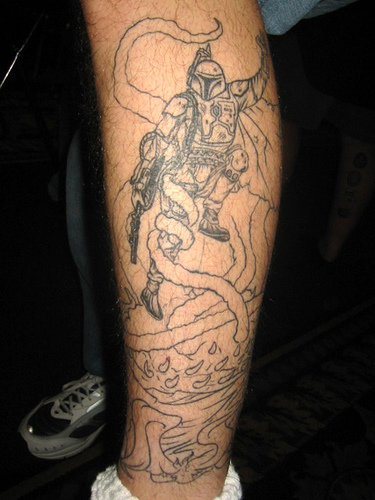 Another one of Jango from the Boba Fett Fan Club site:

One from a post about Star Wars geek dads. Lots of action going on in that one: 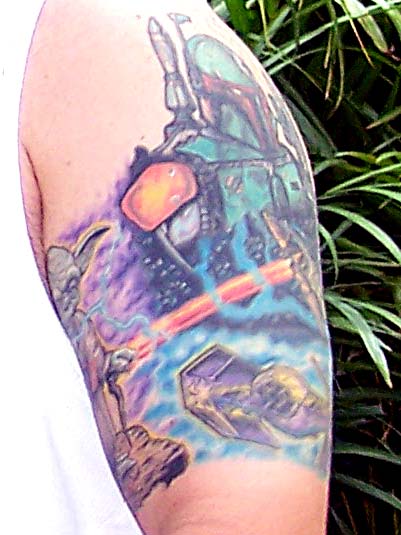 This tattoo is apparently “Shawn’s” (which I gathered from this page):

Which one is your fave?

“This year we’re going to be popular.”

I recently went on a pretty bad Go-Go’s bender after reading Belinda Carlisle’s memoir Lips Unsealed. I couldn’t stop listening to the old albums or watching their videos for a solid week. Have you read the book? 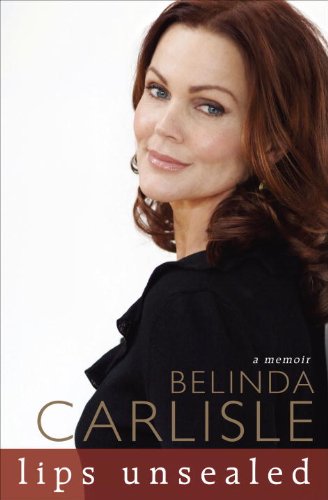 Anyway, the book is filled with interesting tidbits about the late 1970s/early 1980s Los Angeles punk scene. And of course, Belinda shares plenty of stories about the Go-Go’s heyday.

For instance, how about this bit of trivia. In the “Our Lips Are Sealed” video, during Jane Wiedlin‘s “Hush my darling, don’t you cry” bridge, if you look closely you can see Jane’s not alone in the backseat of the convertible. Belinda, who was hungover and didn’t much feel like making something called a “music video” anyway, can be seen hunched over in the driver’s seat.

Neat, huh? Are you a Go-Go’s fan? A Belinda fan? Have you read the book?